The Impact Of Penalty Points On Your Car Insurance

It should not come as a surprise to motorists to read that if you get points on your driving license such as through having been caught speeding then it is quite likely that your car insurance premiums will increase. However, how many of you are aware by how much your premium may rise? 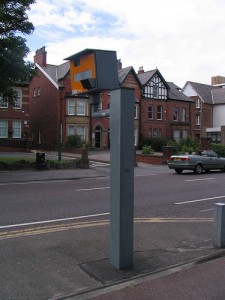 Well, some research has been carried out by the price comparison website MoneySuperMarket.com and the Institute of Advanced Motorists (IAM) that makes for interesting reading. Some of the highlights of the report are provided below.

If you have between 1 to 3 points on your driving license then you could see your car insurance premium rise by as much as 5.1%. That would mean that if someone was paying say £400 for their cover each year then they could see their premium increase to just over £420 pa.

If you have 7 to 9 points on your license then you could end up seeing your car insurance premiums rise by as much as 45%.

For those with 10 to 11 points on their driving licenses they could be faced with a large increase of up to 81.8%.

If you have got 12 points or more on your license then your annual premium could go up by as much as 89.3%.

In monetary terms, it is estimated that drivers in the UK are paying an additional £49.5 million each year in increased motor insurance premiums if they have between 1 to 3 penalty points. An additional £57.4 million is being paid by drivers who have accumulated between 4 to 6 points. In total, it is estimated that motorists are paying more than £132 million per annum in additional premiums in the UK due to having penalty points on their driving licenses.

So, as you can see, the impact on your car insurance premiums is likely to be quite significant if you are unfortunate enough to get penalty points on your driving license. In addition to your premiums increasing you could also end up having to pay a fine and some motorists could even be banned from driving.