Results Of Survey About Driving In Wintry Conditions Concerning

Here in the UK, freezing conditions are encountered on occasions resulting in ice and snow on our roads that make it more dangerous to drive. An interesting survey has recently been produced on behalf of Direct Line that, amongst other things arranges car insurance, and Brake that is a road safety charity. 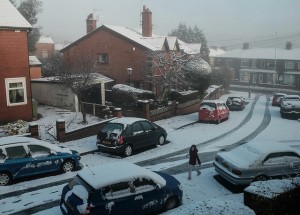 In wintry conditions you should drive with extra care as it takes longer to stop your car.

You may be interested to know that, if you are travelling at 30mph on an icy road and need to brake suddenly, it could actually take you ten times longer than normal to come to a halt. So, whereas in normal road conditions i.e. when the road is dry, it could take 23 metres to stop your car when driving at 30mph, in icy conditions it may take you up to 230 metres to come to a halt. If you are driving faster than 30mph then it will take you an even greater distance to stop.

The survey is rather timely as we have some wintry weather forecast in the UK in the next few days. Do adjust your driving in such conditions. After all, you would not wish to be involved in a road traffic accident that, amongst other potential consequences, may lead to you having to make a claim on your car insurance policy that may result in your car insurance premium increasing.