Why Should Your Occupation Affect Your Car Insurance Premium?

Car insurance companies take into account a number of factors when calculating how much your premium will be for the next 12 months. They consider such things as your age, the make and model of car that you drive, the number of miles that you estimate you will drive the vehicle each year, where you live, the level of cover, what you use the vehicle for, how long you have been driving, whether you have any driving convictions and what you do for a living. 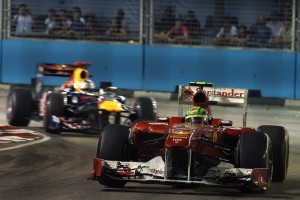 Someone that is a professional racing driver is usually considered to be more of a risk by a car insurance provider than if they were say a school teacher.

So, why does the insurer take into account what your occupation is when calculating your annual premium?

Well, an insurance company will no doubt retain data about their policyholders who have unfortunately had to make a claim on their car insurance policies. They will know what percentage of motorists that are, let’s say, sportspeople or head teachers who have made claims in the past and will no doubt take this information into account when assessing the risk you present to them of making a claim on your policy in the future.

For instance, a racing driver would usually be considered a high risk. Presumably this is because such motorists are perceived to drive their road cars at high speed on occasions and are therefore considered to be more likely to be involved in a road traffic accident than some other motorists.

Entertainers such as DJs are also felt to be a greater risk than some other drivers. This may be because such people are sometimes working late at night and leave clubs in the early hours when they may be more likely to be involved in a road traffic accident.

At the other end of the risk scale are people that work in offices. They may be perceived to be a low risk as their job is perhaps, for instance, considered to be a stable one.

When applying for car insurance it is important that an accurate job title is provided to the insurer. For instance, an “office administrator” may be charged less for their car insurance than an ‘office manager”.

This entry was posted in News and tagged car insurance, Car Insurance Premiums. Bookmark the permalink.