Car insurance fraud costs motorists financially as it results in increased premiums that they could all do without. You may be interested to read that such a fraud case that is reportedly the biggest of its kind in the UK has recently come to an end resulting in a number of people going to prison. 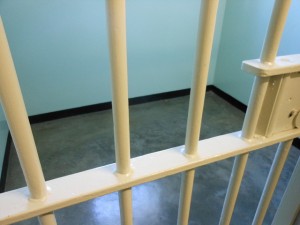 If you are found guilty of insurance fraud you may go to prison.

It was a huge case that has apparently resulted in the insurance industry losing over £750,000. We are sure that you will agree is a significant sum of money.

There have been 81 convictions that involved 57 vehicles. The number of insurance claims in respect of these cars came to 28.

The case involved insurance fraud and fictitious road accidents. Such accidents are often referred to as “crash for cash” scams.

Recently five of the people found guilty have been sentenced for between 2 to 5 years in prison. Between the period 2009 to 2011 they were found guilty of submitting 6 claims for car insurance to the value of £144,000.

It is to be hoped that this case sends a message out to anyone considering car insurance fraud that the potential outcome if found out is that he or she could end up in prison for a number of years.

Such fraud costs the car insurance industry many millions of pounds every year. Insurance companies need to recover the cost and one way of doing this is to increase the premiums of all motorists so it is the honest driver who suffers as a result of those committing such offences.

Car insurance premiums have been on the increase of late so anything that can be done to reduce premiums would no doubt be welcomed by all motorists. It doesn’t take long to shop around to try to get a cheaper car insurance deal for the same level of cover that you already have especially by using the Internet.

This entry was posted in News and tagged car insurance, Crash For Cash. Bookmark the permalink.