Are Some Men Being Indirectly Discriminated Against For Car Insurance?

As many of you may know, back on the 21st December 2012, the European Union gender directive came into force. This meant that the likes of car insurance companies were no longer able to charge a man more for such cover than for a woman who had the exact same personal details i.e. age, address, occupation, driving history, make and model of car, convictions, annual mileage and required the same level of cover etc. 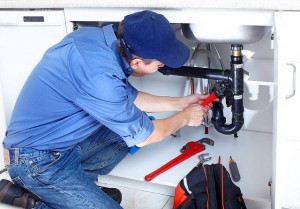 Following the introduction of the EU gender directive in December 2012, a 21 year old plumber may have seen their car insurance premium rise.

The research involved looking at the cost of car insurance over a 24-month period up to November 2013 for men and women aged 21, 25, 40 and 55, driving either a Fiat 500, Vauxhall Vectra or Ford Focus and six occupations. These occupations were civil engineers, plumbers, dental nurses, social workers, solicitors and sports and leisure assistants.

The reason that these occupations were selected was because most civil engineers and plumbers are men, most dental nurses and social workers are women and solicitors and sports and leisure assistants tend to be a broad mix of men and women.

We are sure that you will agree this research is interesting and your comments are most welcome.