The Benefit Of Dashboard Cameras 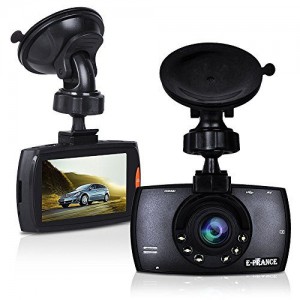 You may find a dashboard camera of benefit in the event of a car accident.

You may be interested to note that quite a lot of insurance companies are prepared to use footage from a dashboard camera located in your car when assessing a claim. The camera takes footage of the road ahead and could prove particularly useful in a disputed claim of which there are many.

The camera footage could be used alongside any documentary evidence provided such as from eyewitnesses. Unfortunately, there are not many insurance companies that would give you a discount on your car insurance premiums because you have had a “dashcam” fitted. You would also need to pay for such a camera yourself so you should bear the cost in mind when considering if you feel it is worth investing in one.

It will be interesting to see if, in years to come, some car manufacturers install such cameras when building a vehicle. After all, this is what happened with car alarms as they used to be bought and installed by car owners after buying a car whereas now many new cars have some form of alarm system fitted during the manufacturing process.

So, you may wish to make some enquiries about having a “dashcam” fitted and also check whether an insurer will offer you cheaper car insurance premiums for doing so.