LV=, the insurance company, has recently announced that its profits for the first 6 months of 2016 have fallen. As a result, one of the things that is possibly going to happen, is that motor insurance premiums could increase for some of its policyholders during the remainder of 2016. 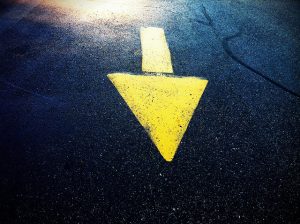 Unfortunately for the insurer, its profits before tax for the above period fell to £1 million that was a considerable drop when compared with the same period last year when profits totaled £49 million. Profits were affected by things like interest rates being low and the increased cost of what was paid out due to accidents.

Many motorists will be aware that car insurance premiums have been on the increase for many months now and premiums are going to go up further from 1st October 2016 following the increase in Insurance Premium Tax (IPT). The cost of keeping a car on the road does seem to be rising as there has also been increases in fuel prices at forecourts.

Motorists may wish to shop around to see if they can get a better deal on their car insurance from another provider. Unfortunately, not enough people seem to do this with many merely accepting what is often an increase in the premium quoted when they receive their renewal notice in respect of their motor insurance.

Just because an insurer provided a competitive car insurance quote twelve months ago resulting in you deciding to switch insurers does not mean to say that they will be the most competitive when your policy comes up for renewal. You can use the likes of a price comparison website to see if you can get the cover that you require but for a more competitive premium than you have been paying over the last year from another insurer. If you can then it is relatively straightforward to switch motor insurance companies.