When Claiming On Your Car Insurance Be Honest

It is estimated that false claims are increasing premiums for car insurance by around £50 per annum for each policyholder. Some of these claims will relate to professional fraudsters that seek to make a living by being involved in fraudulent whiplash claims. However, there are no doubt other policyholders who act dishonestly when submitting a car insurance claim. 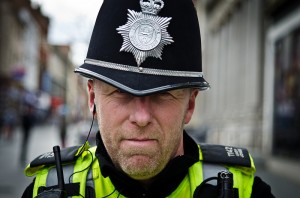 Be honest when claiming on your car insurance policy

Doing such a thing really is not a sensible course of action as it has a number of implications. For instance, if you were to knowingly make a fraudulent claim on your car insurance policy and were found out then you could be faced with one or more of the following, dependent upon the severity: –

Imprisonment, be banned from driving, get points on your driving license, fined, not be able to get car insurance for a long time or, even if you can get car insurance, end up paying a much higher premium for it. It really does not pay to be dishonest when claiming on your car insurance policy.

Can you imagine a situation whereby you are involved in a road traffic accident that is your fault but for which you deliberately claim it is the other parties fault. The claims department of the insurance company happens to discover during their investigation that you have tried to mislead them on purpose. They reject your claim and they feel that the circumstances are so bad that they report the matter to the police. You are taken to court, found guilty and end up being fined and banned from driving for a long time.

If you had needed to drive a car in connection with your employment perhaps because you are a travelling salesperson you could end up loosing your job. The financial consequences could be quite severe.

So, be honest when making a claim on your car insurance policy.