Does Having A Named Additional Driver On Your Policy Affect Your Premium?

When arranging car insurance you can either take it out in your sole name with you as the policyholder, add one or more other named additional drivers to the policy or cover any other drivers over the age of say 25. 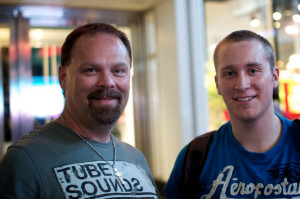 Sometimes, adding an additional named driver to a policy may lower the premium

You would expect that the most expensive option would be the later – to have any other person over the age of 25 be allowed to drive your car. After all, this is potentially the most risky option from the car insurance company’s point of view.

You would then have thought that the next most expensive option was to have one or more named additional drivers listed on the policy. However, this is not always the case. Let us explain….

It is possible that if a young, inexperienced driver were the policyholder and main driver and nobody else was on the policy that the premium could be quite expensive and sometimes the cost can be just too much for some people to pay. However, if an older more experienced driver were added to the policy that had, let’s say, no driving convictions or had not made a claim on their car insurance it may be that the car insurance premium could reduce.

This may seem strange but if you think about it from the insurers point of view, they could take the view that the policyholder will not be driving the vehicle as much as one would normally expect as it will, at times, be driven by the named additional driver who is less likely to be involved in a car accident.

So, yes, having a named additional driver on the policy may affect the premium in a positive way.

Obviously, there are many factors that an insurer will need to take into account so in order to find out for definite what the situation would be you should get a competitive car insurance quote.