There are no doubt a number of people on our roads that are driving their cars without car insurance for a variety of reasons. This could be because the direct debit for their car insurance premium has been returned unpaid by their bank due to there being insufficient funds in their account. Despite reminders from the insurer, they have done nothing about sorting out the problem resulting in the insurance company cancelling the policy. 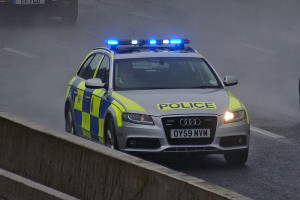 There will probably be people driving cars on the public road system that have never bothered to arrange car insurance who just blatantly flaunt the law. After all, it is a legal requirement that you insure your car for at least third party cover if it is on the public road. Only if it is kept off the public highway and declared SORN (Statutory Off Road Notification) can you leave the car uninsured.

Even then, that is perhaps not a good idea. What would happen if your car were stolen off your drive and you had no insurance? How would you buy another vehicle if you did not have insurance cover for third party fire and theft?

Do you know that if you fail to insure your car when it should be insured that the police could give you 6 penalty points on your license. Further more, they could also issue you with a fixed penalty of £300.

If the matter were referred to court the penalties could be even more severe. You could be disqualified from driving and face a fine of up to £5,000. It would no doubt have been cheaper to insure the car in the first place. The police could also impound the car and have it scrapped. Future car insurance premiums would no doubt be higher.

Can you imagine what would happen if you were involved in an accident without car insurance and you caused the other person driving the other vehicle to suffer a serious injury and their car to be written off. They may sue you through the courts that could be very costly. Car insurance could have covered this sort of expense.

So, perhaps you will now agree that driving without car insurance is not a good idea.