As with most products that you purchase there are a number of choices that you need to make with car insurance, with one of those being the level of cover that you require. The three levels of cover are third party, third party fire and theft and fully comprehensive. 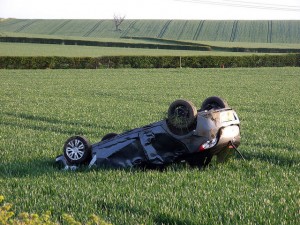 Third party insurance only covers you for damage to other people’s property and other people should you be involved in an accident involving your car. Third party fire and theft will additionally provide cover for your own car should it be stolen or damaged due to a fire.

Fully comprehensive car insurance covers all that is included under the previously mentioned two options plus it will also cover you for damage to your own car should it be involved in an accident even if the accident is your fault. Whilst not always the case, fully comprehensive car insurance premiums tend to be higher than the other two levels of cover.

So, why would you consider arranging comprehensive car cover instead of the other two options? Well, you would want to cover your own car if you were involved in an accident that was your fault and the worth you place on your car may have some bearing on your decision.

For instance, if you are driving around in a car valued at £30,000 how would you feel if you were involved in a road traffic accident whilst driving it and the accident was deemed to be your fault and your car was written off or required many thousands spending on it to repair it? Unless you had fully comprehensive car insurance you would not be covered for the damage to your own car or receive anything towards replacing it.

Equally, someone owning a car worth £2,500 could place as much importance on wanting to make sure that it was insured should it be damaged in an accident that was his or her fault.

Ultimately, the decision rests with you as to which level of cover you choose.