The cost of keeping your car on the road will no doubt have increased over the years so any respite is most welcome. We have seen the price of fuel coming down recently but this does tend to fluctuate on a regular basis. However, there has been some good news on the car insurance front as premiums appear to be continuing to fall. 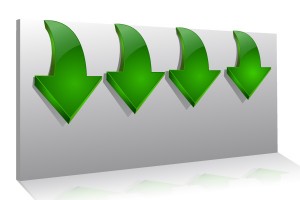 In fact, in the past 12 months, premiums have reduced by an average of 13.9% and that is to be welcomed. Information provided by Towers Watson and Confused.com shows that between April and June 2011 comprehensive car insurance cost an average of £858 per annum and that is when premiums peaked. Between June and September 2012 it would have cost an average of £757 per annum for the same level of cover. Twelve months later, for the period June to September 2013, the average cost of comprehensive car insurance stood at £652 per annum.

Of course, the above are average premiums. When you look at female drivers aged between 17 to 20 the average cost of providing comprehensive car insurance has gone up by 9.1% in the last year with the European Union Gender Directive having a significant bearing on this rise. The average cost of car insurance for young lady motorists is now £1,862 per annum. Interestingly, young male motorists in the 17 to 20 year age bracket have seen their premiums drop significantly by almost 30% with the average being £2,345 per annum.

On average male drivers pay £665 per annum for fully comprehensive car insurance – a drop of 17.5% over 12 months and women pay £635 per annum- a drop of 8.6% over 12 months. There used to be a much bigger gap that was surely only right when you consider that women are less likely to be involved in an accident than men.

There really seems little point in debating the above because it would be highly unlikely that the European Union would make any changes to reflect the fact that women are safer drivers than men. However, your comments are welcomed.