The Department of Transport has produced a report recommending that local councils should bring in further measures to calm traffic. These would include such things as chicanes, speed cameras and speed bumps that they expect would improve safety on UK roads in built up areas. 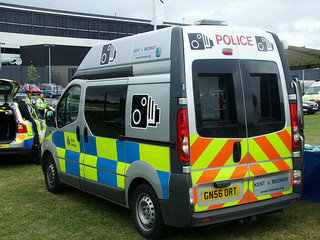 Looking long term, this would no doubt result in many drivers having to reduce their speeds and hopefully encourage those that do break the speed limit to slow down. Ultimately, one of the benefits, apart from making it safer on the roads, is that fewer people will end up with speeding fines and points on their licenses that can lead to increased car insurance premiums.

A further recommendation is that more 20mph zone speed limits are introduced in built up areas to reduce the number of accidents that also includes some pedestrians involved in fatalities. These 20mph speed limits are being seen more around schools for obvious reasons.

Stephen Hammond who is the Road Safety Minister for the coalition government came out in support of the report stating that safer roads are important and he also felt that it was imperative that councils were provided with clear guidance.

The government are in support of the latest type of speed cameras that monitored the average speed of a driver over a greater distance, encouraging councils to use them more frequently. These cameras are able to track the speed of a vehicle over a mile and are often used where road works are taking place and on motorways.

The government has undertaken research that reveals these cameras reduce accidents causing serious injuries and fatalities by as much as 69 per cent and reduce speeding offences by about 66 per cent.

Sixty six per cent of fatalities happen on rural roads. More than 50 per cent of those fatalities happen on stretches of road where you can legally travel at an unregulated 60 miles per hour. Councils have been told that if they were to reduce the 60 mph speed limit on certain stretches of rural roads by 20 mph to 40 mph there will be a significant impact on reducing the number of fatalities.

The report seemed to give a balanced view as it acknowledged that speed limits could be increased in certain locations where, at the moment, they are deemed to be too low.

This entry was posted in News and tagged car, car insurance, Car Insurance Premiums, Department of Transport. Bookmark the permalink.