When To Consider Taking Out Third Party Only Car Insurance

You are no doubt aware that you have a choice of three types of car insurance as well as numerous car insurance companies. Just to recap they are as follows: – 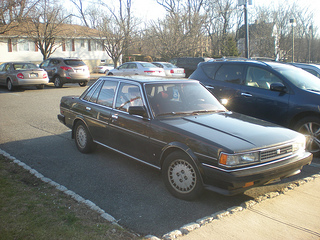 Third party only – this will provide cover for any damage that your car does to another vehicle, other property and other people. It will not, however, provide any insurance cover for your own car or you.

Third party fire and theft – this will provide the cover that you would get under third party only plus you would also be covered if your car were set on fire or were stolen or for any damage caused to it as a result of being stolen.

Fully comprehensive – this would provide the insurance cover that you would get under both third party only and third party fire and theft plus you and your own car would be covered even if the accident were your fault.

In terms of cost of cover, third party only is the cheapest, followed by third party fire and theft leaving fully comprehensive insurance as the most expensive.

So, when would you just consider taking out third party only insurance cover on your car – after all, it is probably your pride and joy?

Well, for most people, it usually all comes down to the cost especially in the current economic climate. It is also a legal requirement that, as a minimum, you arrange third party only car insurance.

Another very good reason would be if the value of your car were so low that it was not worth spending more than it would cost you for third party only cover. A lot of people would say that if their car were worth say £300 why bother spending more than that each year in car insurance premiums by taking out one of the other two more expensive options.

They have a point!