Some car insurance companies are now treating policyholders who have chosen to attend a speed awareness course costing in the region of £80 exactly the same for insurance purposes as another driver who has been given 3 points on their license and fined £60 for exceeding the speed limit.

Admiral is one of these insurers. 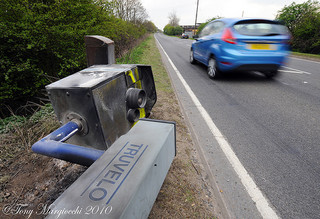 Speeding is not good for your car insurance premiums.

They believe that a driver who attends a speed awareness course is a greater risk than someone who has kept within the speed limit.

Until now, a driver who has been caught speeding will often chose to attend the course because they do not want any points on their driving license and do not wish to see their car insurance premiums increasing significantly. With immediate effect they need to think again and check their car insurer’s policy in this respect.

Admiral’s decision will result in some of their customers seeing their car insurance premiums increase significantly.

Police forces are not happy with this latest move feeling that the speed awareness course has been undermined and, potentially, road safety could be affected in a negative way.

Suzette Davenport, who is a Deputy Chief Constable, felt that attending the course should not be seen as a punishment.

She stated: ‘We would argue that this is about improving road safety and therefore reducing risk, so it is a real concern to us.

‘I’ve had many letters come to me that say ‘this was a really good course, I will do things differently’ – if people are doing that then that is reducing the risk.

‘I think therefore it is unfair that insurance companies are loading premiums. It’s not appropriate.’

Admiral is made up of a number of car insurance providers including the likes of confused.com, Diamond and elephant.co.uk. They say that statistically a driver who speeds is a greater risk.

Police are concerned that an increasing number of drivers will elect to pay the fine and accept 3 points on their license rather than attend the course which only costs about £20 more.

Drivers are asked if they would like to attend the course if they have been caught exceeding the speed limit by 10 per cent plus 9mph.

A spokesperson for Admiral was not prepared to say by how much premiums would increase by for a motorist who attends the course as the data is ‘commercially sensitive’.

Their website indicates that a driver with 3 points on their license will see their premium increase by around 5% but with 9 points expect to see an increase in excess of 100 per cent.