There are still an incredible number of female motorists who are unaware that their car insurance premiums are likely to increase shortly following the EU gender ruling that comes into effect on 21 December 2012.

From that date a lady driver will have to pay the same car insurance premium as a male driver with the same personal details and driving history etc. 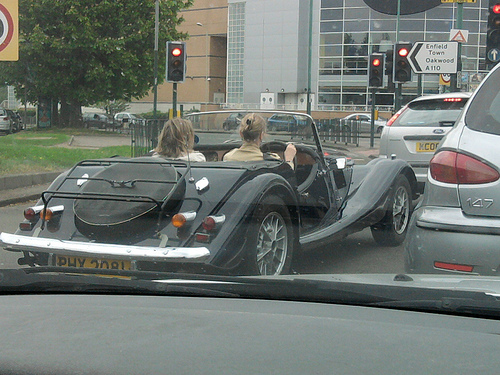 Car insurance premiums set to increase for many lady drivers.

As a result it is forecast that 13% of female motorists will not be able to afford their car insurance premiums and as many as 10% having to dispose of their cars.

A survey by uSwitch who are a price comparison website reveals that in excess of one third of lady drivers will need to cut some of their other household expenditure in order to pay their car insurance premiums that could rise by up to 25% in some cases.

Interestingly, over 33% were happy to revert to having a black box installed and use telematics as a way of reducing their car insurance premiums.

There was little sympathy from men to the EU gender ruling with two thirds commenting that the ruling meant the end of unfair discrimination. Only 18% of females felt the ruling was fair but 25% were of the opinion that all they were doing was having to pay an increased premium because of more risky motorists.

Less than 25% of females intend to renew their cover before 21 December in an attempt to delay the increase with 54% commenting that they will just accept that in the new year they may be paying more.

Male and female drivers both agree that the single most important factor that should affect premiums should be claims history, then driving ability followed by a driver’s age. Thereafter, opinions varied with two times as many ladies than men feeling that car insurance premiums should be affected by someone’s sex. Men felt that a driver’s occupation and where they live should have a greater bearing than gender.

Ladies, the above is all the more reason to shop around for your car insurance.