Why Do Actors Pay A Higher Motor Insurance Premium?

There are several factors that affect how much you pay for your car insurance each month. These include things like your age, whether you have any driving convictions, the make and model of car you wish to insure, where you live, how many miles you anticipate driving in the vehicle every year, the level of cover you require and what you do for a living. 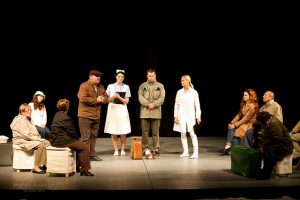 We discuss some of the reasons why actors pay more for their car insurance than some other occupations.

Equity, the trade union representing those working in the entertainments industry, has in the past campaigned unsuccessfully about the fact that the likes of actors are charged a higher premium for their motor insurance than if that same person had worked in let’s say a bank as a cashier. So, why is it that actors are charged a higher premium in comparison to some other occupations?

Well, motor insurance companies have statistical data relating to many things that may include how likely it is that an actor could be involved in a road traffic accident and as a result of this the insurers obviously feel that an actor is more likely to be involved in a road traffic accident than if that same person was employed as a bank cashier.

Apparently, it is felt by insurers that actors present a greater risk of being involved in a road traffic accident because of their working hours that can be unusual. For instance, if an actor is performing on stage and the performance doesn’t end until 10 to 10.30pm it may be that they are not getting into their vehicle to drive home until 11pm plus. It is believed that it is more dangerous to drive a car late at night. An actor may have a long distance to travel home. Also, some actors that are earning large sums of money may be driving an expensive car that may cost more to repair than a cheaper family car.

So, if you are an actor or working in another occupation within the entertainments industry, why not get one or more competitive quotes prior to your existing car insurance policy coming up for renewal to see if you can get the same level of adequate cover cheaper elsewhere.