Car Insurance Premiums Rise By More Than £100 In A Year

You may be aware that car insurance premiums have been increasing in recent months and you could have been affected in this way when renewing your policy. Well, this is borne out by the latest AA British Insurance Premium Index that has recently been produced. 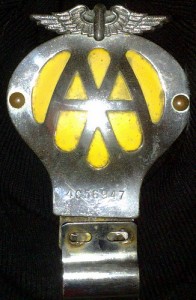 According to the index, in the final quarter of 2015, it cost a motorist an average of £625.70 pa for their car insurance. Back in the last quarter of 2014 it would have cost an average of £520.06 pa. That is an increase of £105.64 in the space of twelve months and, we are sure you will agree, is not welcome news for the motorist here in the UK.

Another concerning statistic was that there was an increase of 10% in the average cost of car insurance when comparing Q3 and Q4 of last year. That was the biggest increase in premiums in the space of three months since back in 2010.

The increase seen is believed to have been partly due to the increase in premium tax on the likes of car insurance and certain other types of insurance. It was announced in the last budget that this tax was rising from 6% to 9.5%.

It is important that people should consider shopping around to see if they can get a better deal for their car insurance from another insurer when they receive their renewal notice obviously making sure that they compare like with like. You may also wish to consider speaking to your exiting insurer to see if they are prepared to match a cheaper quote that you have obtained from a competitor. If you are looking for insurance cover for your car for the first time you should also seriously consider shopping around.

With so many companies offering car insurance it can be time consuming to contact individual companies so one option is to use a website that compares the premiums and policies of many different insurers. However, do bear in mind that not all insurance companies use a price comparison website.