Don’t Take A Risk When Overtaking

It just isn’t worth taking a risk when overtaking another vehicle. It could lead to you being involved in a road traffic accident that could probably have been avoided resulting in you claiming on your car insurance due to damage to the vehicles involved in the collision and it could even cause the death of someone. 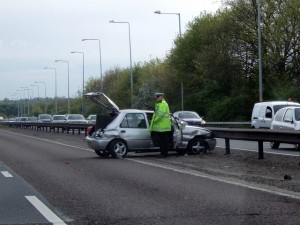 Brake is a road safety charity that together with Direct Line Insurance have undertaken a survey that has made for interesting reading. The survey involved 1,000 motorists.

Apparently, one in seven drivers has had to brake, pull over or swerve in the last 12 months when driving their cars to avoid someone overtaking in a risky manner. Interestingly, it was found that male drivers and young motorists in the age bracket 17 to 24 are more likely to be at fault. Perhaps this is one reason why young drivers tend to be charged more for their car insurance than a mature driver.

A disturbing figure was that 80% of drivers have felt themselves concerned due to the way another motorist or themselves has overtaken. A staggering 94% claim to have seen an overtaking manoeuvre that was felt to be dangerous. Furthermore, 18% of motorists admitted to the fact that they were uncertain when overtaking if there were any hazards or other vehicles that could be hit. This is most concerning as it puts lives at risk.

As far as speeding goes, it was found that 56% of young motorists in the age bracket 17 to 24 and 44% of male drivers exceeded the 60mph speed limit on single carriageway roads in the countryside. It is a known fact that 52% of fatalities on roads in the UK take place on such roads.

It really is not worth taking a risk when overtaking another vehicle. It is far safer to drive with care and consideration for other motorists. Is it not better to arrive at your destination slightly later than anticipated rather than become involved in some dangerous manoeuvere to get past another vehicle resulting in an accident that could have serious consequences.