We have discussed the impact of fraudulent whiplash claims on car insurance premiums in the past but, unfortunately, the problem does not appear to be going away based on research carried out by LV=. We are sure that you will be concerned to read what has been discovered. 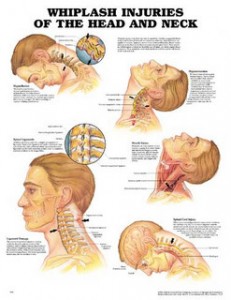 The research has revealed that as many as 116,000 patients are visiting their GPs every month in respect of possible dubious whiplash claims. We are sure that you will agree this is a huge number of people and it is no doubt putting increased pressure on the NHS that is already struggling in some respects. People putting in such claims may be trying to invent injuries or are trying to make them look worse than they actually are which is really not acceptable.

Information from the Association of British Insurers (ABI) also gives cause for concern as they estimate that fraudulent claims for whiplash injuries result in insurance companies paying out in the region of £2 billion plus each year. This is estimated to be increasing the average car insurance policy by £90 per annum.

Another interesting finding in the research by LV= was that it found about 78% of car accidents in the UK where a single motorist accepted that they were at fault for the accident also included a claim being made for a whiplash injury.

It is to be hoped that the level of false whiplash claims being submitted to car insurance providers can be reduced significantly as this should not only reduce the pressure currently being placed on the NHS but it also may see motorists get cheaper car insurance premiums. There are many families still suffering financial pressure following the recession that we have seen in recent years in the UK so any saving that can be made in a family’s expenditure has got to be welcomed.

As always, we welcome your thoughts.