GPs Most Likely To Claim On Their Car Insurance

If you were asked in which occupation was someone most likely to claim on their car insurance policy in the event of an accident would you have thought that it was General Practitioners (GPs)? There is a distinct possibility that many of you would not have thought this was to be the case. 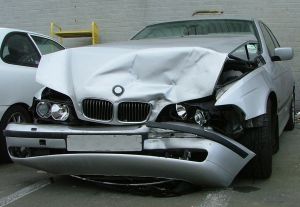 In 2014, GPs were more likely to claim on their car insurance than any other occupation

Well, according to the price comparison website Gocompare, it is. To find out, it looked at the quotes that it provided to customers in 2014 and at the drivers that had made claims on their car insurance in the last 5 years. It then placed them in order of the occupations that had made the biggest number of claims in 2014. It also did the same thing for 2013.

It is interesting that 9 out of the 10 professions are in the medical and health arenas. In 2013, 8 out of the 10 were in those occupations.

It then raises the question as to why so many in these particular professions have had car accidents. Perhaps it could be due to the belief that there jobs are particularly stressful and this affects their concentration whilst driving.

Do you have any thoughts on the above?

This entry was posted in News and tagged car insurance, Car Insurance Policy. Bookmark the permalink.