What Should You Do If You Are Considering Modifying Your Car?

Apart from weighing up the pros and cons and getting various quotes for the work that you require doing, you should also contact your car insurance provider. Some of you may well be asking the question: “Why do I need to speak to my car insurer?’ 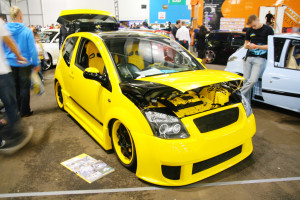 A modified car may mean an increase in car insurance premiums

The answer is simple. When you modify your car, the risk to the insurance company is likely to increase so they need to be informed of your intentions.

There are various types of car modifications such as replacing the engine with a more powerful one, having the engine “chipped”, having alloy wheels fitted and a rear spoiler or some other changes to the car’s bodywork such as a very expensive paint job.

These modifications increase the risk to the insurer for more than one reason. For instance, a car with a more powerful engine is more likely to be involved in an accident. If a car looks more appealing having had a re-spray in metallic paint it is more likely to be stolen by a car thief than if it had kept its original paintwork.

Alloy wheels are another thing that appeals to the car thief. They have a value to such a person. Rather than remove the wheels whilst your car is parked outside your house over-night, the thief is likely to steal the car, take it to a remote area and then remove the wheels. They may even decide to “torch” the car meaning that it could be a complete write-off. The cost to the insurance company could run into thousands of pounds.

So, before going to the expense of having your car modified, it may be a sensible idea to find out just how much your car insurance premium could go up by as this may put you off having the car modified.

We hope the above has been of some benefit.