We have previously commented on the fact that average premiums for car insurance have been coming down so it is a little surprising to hear of one man being quoted £1,165,977.75 to insure a Vauxhall Corsa that is ten years of age and only worth around £1,400 when his previous car insurance was around £2,000 per annum.

Rhys Barker is 27 years of age and apparently has no driving convictions and nor has he made any claims since he passed his driving test a couple of years ago. He lives in Salford Quays, Manchester. 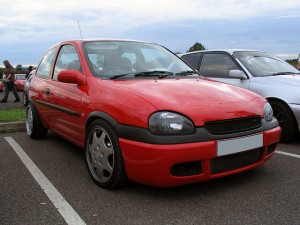 He obtained the quote online from Zenith Insurance and contacted them to query the price he had been quoted. He was no doubt surprised to be informed that the premium was correct and it was suggested to him that he could pay the premium monthly that would equate to around £104,000 per month having paid an initial payment of £233,000!

His previous insurance had been costing him about £2,000 per annum with that being to insure a Ford Fiesta. He was no doubt unhappy with how this insurer had assessed the risk for car insurance.

He now has his car insurance with a company called Bell that is owned by Admiral Group PLC. Bell has been providing car insurance since 1997. He has been able to get it for about £2,000 and uses a “black box” (Telematics insurance).

Apparently Zenith was really declining him for the cover as they would not expect someone to pay a premium of £1.1 million plus. Now, if someone were to use the same website Mr Barker had got the quote from and the quote was going to be for more than £10,000 the customer would have been declined for the cover.

We would welcome hearing from anyone that has received very high quotes from car insurance companies.

This entry was posted in News and tagged car insurance, Car Insurance Companies. Bookmark the permalink.