A number of Members of Parliament that sit on the Transport Select Committee have been critical of the car insurance industry. Apparently, they have suggested that car insurance companies have encouraged fraud and exaggerating accident claims and said that they must get their act together. 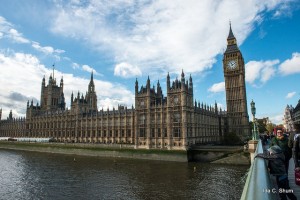 Some MPs have been critical of the car insurance industry

This level of criticism was raised in a report into the fact that whiplash claims are causing car insurance premiums to be higher than they should be. MPs were unhappy that insurance companies were not looking into claims more closely. For instance, they were paying out without suitable medical evidence being seen purely as it was often cheaper to pay out a claim rather than challenge it through the courts.

The number of whiplash claims received in 2012/13 amounted to 477,000 although this was significantly lower than the figure for 2010/11 when a peak of 567,000 whiplash claims was seen. Interestingly, in the rest of Europe, whiplash claims accounted for an average of 48% of low value personal injury claims for motor vehicles whilst in the UK the figure was much higher at 78%.

The car insurance industry does not agree that they are encouraging fraud but accepts that improvements need to be made to their claims process. They also blame less than honest motorists and the way that claims management firms and lawyers encourage motorists to submit claims that are fraudulent. It is estimated that the average car insurance premium is £90 higher due to whiplash claims.

It will be interesting to see how insurance companies respond to the above and whether it has any impact on premiums in the future.