In the current economic climate, with so many family budgets being under pressure, it is good to hear of prices dropping and that certainly appears to be the case with regard to car insurance premiums. Therefore, it will be interesting to open your car insurance renewal notices and check if you will benefit from any reduction in premium.

AA Insurance has revealed that the average annual premium for comprehensive car insurance has dropped from £659.53 to £594.86 when compared with July 2012 – a reduction of 9.8%. This is a significant sum and is the largest drop seen by the AA since they commenced their index going back as far as 1994. 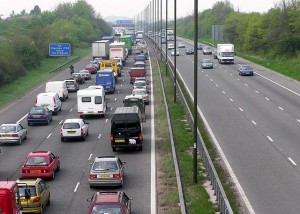 For those of you that have third party, fire and theft you will also be pleased to hear that the average annual premium has reduced to £820.58 – a drop of 4.8%.

Furthermore, when you compare July 2013 ‘s figures with those as at April 2013, annual fully comprehensive car insurance premiums have dropped by an average of 3% and third party cover has come down by 2.2%.

These reductions are not just focused on one particular age bracket but are right across the board. However, those seeing the biggest drop, are in the age bracket of 23 to 29 with the average cost of car insurance coming down to £738.93 per annum – a drop of 12.8%. If you are aged between 60 to 69, the average premium is the lowest at £342.73 per annum but those paying the most are in the 17 to 22 years of age bracket whom average £1,210.54 per annum.

Between 2009 to 2011, car insurance companies saw big increases in premiums due, in the main, to both fraudulent claims and whiplash injury claims. There are now better fraud detection systems in place and the law is being improved to reduce the likelihood of unrealistic whiplash claims. There is also increased competition between insurers.

Let us hope that, when you receive your car insurance renewal notice, you benefit financially.