Not Enough Of You Shop Around For Car Insurance At Renewal

You would have thought that in the current economic climate, here in the UK, you would be keen to either contain or reduce your household expenditure at every opportunity. Recent research from the price comparison website Gocompare.com into car insurance renewals would perhaps indicate otherwise. 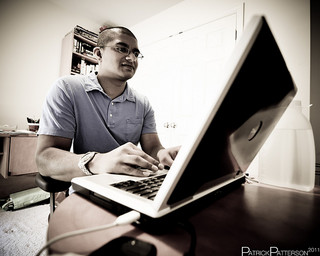 Why don't more people check their car insurance renewal documents to see if they can get a better deal elsewhere?

Would it not have been better spending half an hour on the Internet looking at various car insurance quotes by using the likes of a price comparison website to see if you could reduce the premium you are being quoted on your renewal notice? Alternatively, you could have picked up the phone to your existing car insurer and spoken with their business retention unit to see if they are prepared to not increase your premium for the next 12 months.

Some other interesting statistics showed that 29% of those policyholders who did not query their car insurance renewal premium did so because they mistakenly thought that as they had received a good deal previously that the same thing would happen on renewal. There seems to be a number of you who have misplaced loyalty to your existing car insurer as 28% of you renewed as you wished to remain loyal to them.

As for why you decided to shop around – 48% did so as they wished to reduce their premiums. A further 35% felt that they could not rely on their existing car insurer to regularly provide them with the best deal.

Gocompare.com believe that substantial savings can be made by shopping around with 51% of customers with the price comparison website being able to save as much as £293.54 over a 12 month period.

Another interesting and concerning statistic is that only 51% of motorists compare their car insurance renewal documents with what they were paying the previous year with 52% utilising a price comparison website to compare their renewal premium with what other insurers would charge. A further 15% of drivers either pick up the phone to some insurers or go on their individual websites.

As stated earlier, it only takes but a short time to review your car insurance renewal premium and see if you can contain or perhaps even reduce your expenditure.