What Are Your Car Insurance Premiums Spent On?

Would you find it interesting to know what your car insurance premiums are being spent on? Well, the Association of British Insurers (ABI) has produced a report that tells you just that. The ABI has in excess of 300 members who make up about 90 per cent of vehicle insurance premiums in the United Kingdom. 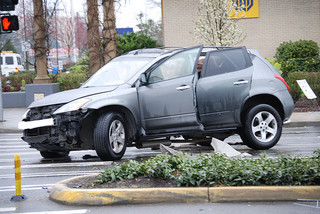 Interestingly and perhaps a very good reason why it has been the topic of much discussion in recent weeks, a large proportion of your car insurance premium is spent on paying for numerous claims for whiplash. Whiplash claims account for 20 per cent of your premium. Therefore, anything that can be done to reduce the number of fraudulent claims would be a big help in containing or perhaps even reducing car insurance premiums.

Personal injury claims that are for less than £500,000 account for 15% of your car insurance premium and 9% of your premium is eaten up in paying for whiplash claims that total in excess of £500,000.

The above figures may surprise some people who may have thought that repair costs accounted for most of your premium. In fact, the replacement of vehicles and the cost of repairing vehicles accounted for 29 per cent of car insurance premiums. Overheads and staff costs were responsible for 26 per cent of your premium, 2 per cent related to thefts and 3 per cent went on claims in respect of drivers that were not insured.

Nick Starling, who is the director of general insurance at the ABI stated: “Despite rising costs linked to excessive legal fees, and whiplash, insurers are determined that customers get the best insurance deal.

“That is why the industry has successfully lobbied government to introduce reforms to streamline the compensation system and drive down inflated legal costs, is urging action to tackle the whiplash epidemic, and has developed proposals to improve young driver safety, which if implemented will significantly reduce their insurance premiums.”

Hopefully, the above has provided a bit of an insight into what your car insurance premiums are spent on.

This entry was posted in News and tagged Association of British Insurers, car insurance, Car Insurance Premiums. Bookmark the permalink.