What To Do If You Put Incorrect Fuel In Your Car

The prospect of putting the wrong fuel in your car doesn’t bear thinking about especially if you drive the car off the forecourt. It would be difficult to put diesel into a petrol tank because the nozzle is too big to go in the hole but you can put petrol into a diesel tank by mistake. 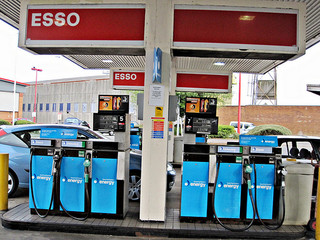 Don't put the wrong fuel in your tank

This is not a good idea and could prove quite costly. Having said that, I always remember an HGV lorry driver telling me many years ago that he put a litre or two of petrol into his diesel tank on a regular basis and it never did any harm but I would not recommend this course of action.

So, what do you do when it happens because it may do on the basis that there are estimated to be about 150,000 drivers who make this mistake every year? Well, it is not the sort of thing that is covered under a standard car insurance policy.

The AA does not recommend that you even start your car engine never mind drive it. You should contact a company that specialise in removing the contaminated fuel from your tank that means removing every drop of fuel. With petrol and diesel prices at their current level this is going to prove to be a costly mistake. If you have filled your car up with fuel you have lost a tank of fuel so that may come to around £100 and then have to pay perhaps £200 to have the fuel drained from the tank.

However, if you had started your engine the contaminated fuel would have got into your engine causing untold damage resulting in a potentially four-figure sum needing to be paid to put the matter right. It is a shame that a standard car insurance policy does not cover this sort of problem.

AA Fuel Assist is available from the AA to cover such an eventuality so you could look at the cost of that.