How do driving offences affect your car insurance premium?

Hopefully, for some of you reading this post, it will really hit home that if you drink excessively and then drive your car you could be in for a shock in more ways than one. This is because a recent survey has revealed that your car insurance premiums could more than double if you are convicted for drink driving. 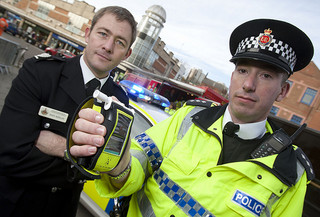 So, not only could you be fined, get points on your driving license, be banned from driving or even end up going to prison but you may not be able to keep your car on the road as you might not be able to pay the higher premium. Is it worth it?

The detailed research was undertaken by confused.com who analysed approaching 5 million insurance quotations covering the period October to December 2012. Interestingly, 20 per cent of customers already had a driving conviction – that is a staggering 924,000 motorists.

The research revealed that if you were caught driving whilst over the legal alcohol limit your car insurance premiums could rise by as much as 151 per cent – no small sum. More people were convicted for speeding offences than anything else resulting in premium increases exceeding 33 per cent. If you are caught without any insurance on your car then you face an increase of 131 per cent on your premiums. If your tyres do not meet the required standards your car insurance premiums could increase by up to 69 per cent.

Gareth Kloet, who heads up confused.com’s car insurance section stated: “Any conviction will likely cause a change in the cost of car insurance and those with convictions could be paying out hundreds of pounds more than people with a clean licence.

So, a female marketing manager age 30 driving a Mini Cooper who presently pays £682 per annum for her car insurance could, if caught speeding, see her premium increase by 34 per cent to £913 – an increase of £231 per annum. If the profile of the driver was deemed to be more of a risk the increased premium could exceed £1,000.

Is it not better to just not drink any alcohol before getting behind the wheel and driving home?

This entry was posted in News. Bookmark the permalink.