Aviva, who are the largest insurance company here in the United Kingdom, believe that various personal injuries such as whiplash are adding an additional £118 per annum to motorists’ car insurance premiums. 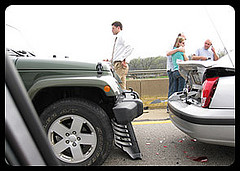 Over a 12 month period there are a staggering 550,000 whiplash claims resulting in car insurance companies having to pay out £3 billion to policyholders. Apparently, a sum of £2,500, on average, is paid out in respect of each whiplash claim to claims management companies and in legal fees in respect of those claimants who seek professional support when making such claims.

As a result Aviva have put forward a number of proposals to reform this process that, if agreed, they say could reduce car insurance premiums by as much as an average of £60 per policyholder. Aviva would like to see motorists having to first contact the at fault insurance company before approaching claims management companies and lawyers.

Interestingly, the Association of British Insurers believe that anything up to 25 per cent of claims in respect of whiplash injuries could be fraudulent. They point out that, although there are more than 1,500 whiplash claims made on a daily basis, roads are now safer to drive on. They believe that if whiplash is diagnosed much more effectively genuine people claiming will be paid rapidly and the fraudulent claims will reduce. As a result, those drivers who make legitimate claims will not be penalised by those of a less scrupulous nature who are partly responsible for higher car insurance premiums.

Aviva’s suggestions are rather timely as the whiplash consultation carried out by the Ministry of Justice is due to finish next month. Aviva are suggesting that an independent panel of experts in the medical profession is set up to make a decision on cases and claim that this move would have the support of the public.

Aviva found that whiplash claims have increased by a staggering 80 per cent since October 2008 and that as many as 95 per cent of motorists were of the opinion that the increase in car insurance premiums is due to unnecessary claims for whiplash injuries.

It is also interesting to note that Aviva also carried out research with 400 motorists in the United Kingdom who had submitted PI claims and discovered that a mere 33 per cent spent their compensation pay-out on physiotherapy or some other form of medical treatment. Some people used the funds to have a holiday, buy such things as TV’s and clear liabilities.

We await the outcome of their proposals with interest.