As many of you will be aware the EU gender ruling came into force on 21 December 2012. Despite this, AA Insurance has found that average car insurance quotes have dropped when compared with quotes issued in October 2011. 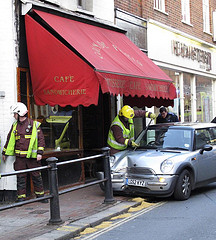 In January 2013 the average quote for fully comprehensive car insurance stood at £789 – that was a drop of 2.9 per cent when compared with October 2012 and was the smallest average quote since October 2011.

It has been well documented in the press that, following the EU gender directive, it is the younger female that has been hit the hardest. It is of course not only car insurance that ladies have seen this impact but other types of insurance such as life insurance. Historically, women have paid less for their car insurance than men of the same age and driving history.

Simon Douglas who is a director of AA Insurance expected some other insurers to adjust their premiums in the next few weeks to reflect the EU gender directive ruling.

He commented: “The gender directive doesn’t mean that young male drivers are any less likely to suffer collisions.

“Young men represent just 8% of all drivers, yet still account for 23% of all those killed or seriously injured on Britain’s roads.

“Pitching premiums too low could attract too many young male drivers. Those with premiums that are too high won’t be doing any business.”

Scotland provides the cheapest level of car insurance with an average cost of £580 per annum with the North West being the most expensive at £1,165 per annum.