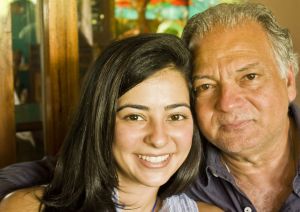 Do you know what the term to ‘front’ a car insurance policy means?

It is where you claim to be the main driver of a car on a car insurance policy when it may actually be a much younger person such as your daughter or son who drives the car as if it were his or her own. You rarely use the car and in fact it is often not even kept at your address.

So – what is the problem you may ask?

The answer is simple- it is an illegal practise, it could result in the driver of the car being uninsured if involved in an accident, the driver could be responsible for any third party costs and prosecution is a possibility.

But – why would you do such a thing?

To help your child who, having just passed their driving test and bought their first car, happily goes on line with the intention of purchasing their car insurance. Having spent a few minutes on a price comparison website keying in the required information and then pressing the button to request a quote your son or daughter waits with excited anticipation having saved up £850 – a figure they believe will cover their first year’s fully comprehensive car insurance. Their face drops when they see on the screen the cheapest premium at £2,000 per annum and they quickly summon you.

You assure them that all is not lost and explain that you will apply for the car insurance with you as the main driver which you do and it results in a substantially lower premium.

All now appears fine until your child is involved in a bad car accident that they were to blame for with both cars being written off.  Then you both discover what a serious mistake you made in taking out the policy with you as the main driver because all the problems that have been referred to above come to the forefront.

The Motor Insurers’ Bureau and Aviva undertook some research last year that revealed a staggering 35% of drivers see “fronting” merely as a “loophole” in the law and 10% of drivers believed it to be a perfectly legitimate way of getting much cheaper car insurance.

So, don’t break the law by “fronting” as it could cost both you and your child dearly in more ways than one.