There are 10 million people expected to drive a car abroad this summer with a third knowingly taking a risk with laws and many others breaking those local laws without knowing according to research by AXA who are a well-known car insurer. 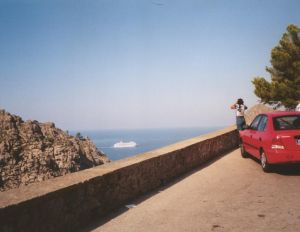 Research has shown that over 25% were not as concerned if they broke the speed limit overseas rather than at home and a staggering 18% were less concerned about drink driving abroad than at home. Perhaps they would be concerned if they realised the implications this would have on their car insurance premiums if they were caught.

A further 4% of drivers felt that they were more inclined to be on their mobile phone when driving on overseas roads and 7% less likely to bother to wear a seatbelt.

About 10% of British drivers have had an accident whilst driving their own vehicle in another country that may have an impact on future car insurance premiums.

Rather surprisingly, below 50% of those driving overseas know what the driving laws are in the country they are going to drive in.  For instance, it is a legal requirement that you must display a GB sticker abroad but only 49% will do so.

One third of people from the UK driving overseas are not aware if their car insurance provides any form of cover whilst taking their car across the English Channel and two thirds assume that they are covered.

Sarah Vaughan is AXA insurances motor director and she said: “A combination of inexperience and disregard for the laws of driving abroad is a recipe for disaster for British drivers.  It is shocking to see so many people willing to take risks that they wouldn’t take at home such as speeding and drink driving. We would urge all drivers to prepare properly before heading away and to drive with more, not less, care than they would at home.”

This entry was posted in News and tagged car insurance, Cheap Car Insurance. Bookmark the permalink.