Young car drivers are being given the opportunity of trialling the use of in-car camcorders with a view to helping them obtain cheap car insurance- perhaps we should say “cheaper car insurance”!

Mike Bruce is 22 years old, has a clean driving license, has never claimed on his car insurance policy and drives his car several hundred miles each week in Dorset where he runs his own business. Despite this he pays about £2,500 per annum in car insurance premiums.

“If you think about it I’ve spent £5,000 over the past two years and have got nothing to show for it.”

Cameras are regularly put in emergency vehicles and lorries but an insurance broker has agreed to provide a discount of 15% to young drivers if they agree to have a camcorder installed in their cars. 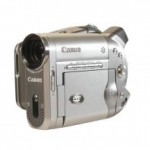 Kieran Thomas who works for the camera supplier ChilliBongo said: “It’s a tiny HD camcorder. It fits in the palm of your hand, attaches to the windscreen or the dashboard and away you go.

“Embedded on the footage you’ve got your three g-force readings – so your natural, vertical and horizontal.

“You’ve got which recording mode it’s in. It tells you if the microphone is on or off and gives you the date and time as well.”

Mr Bruce trialled the camcorder in his vehicle.

“It only faces forwards so what happens if someone crashes into the side of me or into the back of me?

“It won’t record that footage.

“But it does fit in the car quite nicely and looks small and fairly discreet.”

Despite the cost Mr Bruce felt it would, in the long run, save him monies so was happy to try it out.

Graham Trudgill working for the British Insurance Brokers Association (Biba) said that by having cameras placed in cars would go some way to stopping what are termed “cash for crash” claims and this could assist in a price reduction.

Kieran Thomas provided an explanation of how the camcorder in the car could assist.

“They (cameras in cars) can prove that the young driver is a better driver.

“They can help cut out problems with fraudulent claims and therefore they should warrant a cheaper premium.

Premiums have increased by 39% for young drivers during the past two years according to Edmund King of the AA.

“Car insurance is just so incredibly expensive that many of them can’t afford to get on the road,” he stated.

“So really a lot more needs to be done.”

Let’s wait and see if this trial results in cheap car insurance for young drivers.