According to Deloitte that is a business advisory firm, premiums collected by motor insurance companies in the UK from policyholders came to a total of £13.9 billion in 2015. This was an increase of £0.7 billion (5%) when compared with the previous year. 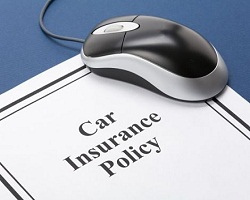 However, for every £100 that motor insurers are collecting in premiums from their customers they are paying out £102 in expenses and to meet claims with this later figure being what is termed the Net Combined Ratio (NCR). That would mean that, in respect of motor insurance, these companies did not make a profit – in fact surely they must have lost money.

Furthermore, it is being forecast by Deloitte that this year we could see a 104% NCR which would mean that the motor insurance companies are once again not going to make a profit over the year. In 2017, it is forecast that the NCR will drop back down to 102% – again no profit will be made.

Of course, over many months we have seen insurance companies increase motor insurance premiums for a number of customers. We have also seen rises in insurance premium tax. It is the customer that has been faced with either merely accepting the increase and not doing anything about it or some have decided to see if they can get their cover cheaper elsewhere when their car insurance policy comes up for renewal.

There seems no point in remaining loyal to your existing insurer if you are fortunate enough to be able to sort out alternative motor insurance but for a lower premium than you have been paying over the last 12 months. It is easy to get alternative quotes by using a price comparison website that has an extensive panel of insurers to choose from. In many cases, having chosen the insurer, you should be able to arrange the cover and sort out the payment arrangements at the same time if you so wish.