Make Sure Your Car Is Insured

London Mayor Boris Johnson has warned people living in the capital to make sure their cars are insured or their cars could be removed and crushed.

At the present time there is a campaign in London called Operation Cubo focusing on a clampdown on motorists not acting within the law by not having car insurance on their vehicles when they should do. In an effort to discourage this illegal practise cars will be disposed of without any hesitation. 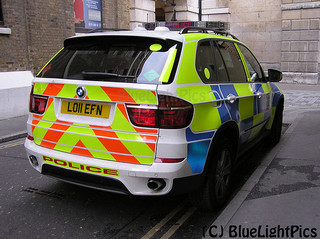 Bernard Hogan-Howe, the Metropolitan Police Commissioner, stated: “Don’t drive a car uninsured in London. We’ve seized 44,000 cars this year – that’s a third more than we’ve ever seized, the largest in the country.”

They have managed to sell a number of the vehicles generating £1 million for the public purse but have crushed many others. Apparently, about 80 per cent of drivers who have no car insurance are criminals and, statistically, there is a greater likelihood of them being involved in accidents involving motor vehicles.

Operation Cubo is a huge campaign involving in excess of 1,250 police officers from the Metropolitan force aimed at the targeting of drivers that are likely to break the law whilst driving and be involved in other activities considered illegal. In the short few weeks the operation has been running in excess of 1,000 people in London have faced arrest for a variety of crimes such as the illegal possession of firearms and the laundering of money.

There has been a wide range of vehicles that have been removed and impounded including various luxury cars such as Porsches, Aston Martins and Bentleys.

In the UK, if you are found to not have car insurance when you should have you face a fine of £200, six penalty points automatically placed on your license and there is also the possibility of you receiving a full driving ban.

This entry was posted in News and tagged car, car insurance, Operation Cubo. Bookmark the permalink.