Many of you may like to study the Financial Ombudsman Service Annual Review 2016/2017 as it provides some interesting data including the number of motor insurance complaints it has been asked to investigate. A particular statistic that stands out is the huge increase in the number of new motor insurance complaints the Financial Ombudsman Service was asked to look into. 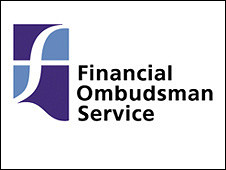 The Financial Ombudsman Service has produced some data about the number of complaints for motor insurance.

In 2016/2017, the ombudsman upheld 6,586 complaints in respect of car and motorcycle insurance. This equated to 27% of all such complaints.

It is interesting that the third most complained about product by those consumers under the age of 25 was car and motorbike insurance at 20%.

It would be interesting to find out what the nature of consumers’ complaints were in respect of motor insurance and the numbers involved. For instance, presumably some of the complaints related to the sale of motor insurance, how such policies were administered and how claims were dealt with.

If you are looking for motor insurance then you may wish to do some research into the companies that you are considering arranging your cover with. You may be able to do this on the Internet as there is no doubt some information about insurers on there. Remember, it is not just about getting the cheapest cover but it is also important how, for instance, an insurance company deals with the likes of any changes to your policy once it has been taken out and how it processes claims on your car insurance in the event of you being involved in a road traffic accident or if your vehicle is stolen.