Why Take Out Comprehensive Car Insurance? 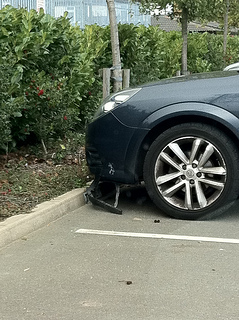 Fully comprehensive car insurance would pay out for this little mishap

In the current economic climate there are an increasing number of families struggling to pay their household bills so we felt it would be potentially worthwhile just looking at the benefits of fully comprehensive car insurance so that you know what you are paying for.

Comprehensive car insurance is the “Rolls Royce” of car insurance providing you with complete peace of mind whilst owning your vehicle.  Obviously, you are paying more for that level of cover but what do you get for your money?

If your car were stolen off your drive during the night and it was never seen again then the car insurance company would pay out a sum of money so that you can purchase another car. If the stolen car was found at a future date but required repair work to it the insurer would pay for the repair work but you would be liable to pay the policy excess.

If your car were parked in your garage overnight and there was an electrical fault in the garage causing a fire that damaged the car you would be covered for any repairs or replacing the car subject to paying the policy excess.

If you were driving along the road and another car was responsible for hitting you, you would look to claim off their car insurance but if they did not have any your car insurance would pay out for the damage to your vehicle.

If you were involved in an accident with another car that was your fault you would still be covered for not only the damage to your own vehicle but also that of the other car.

If you were enjoying a leisurely Sunday afternoon’s drive in the countryside and a deer ran across the road in front of you causing you to swerve, leave the road and hit a tree you would be covered for the damage to your car.

You would also be covered for any injuries to people as a result of a car accident that you were responsible for.

So, those are the major benefits of fully comprehensive car insurance but what do you get with the other two levels of cover?

Third party – this will only cover damage caused to other cars, property and people due to an accident involving your car. It will not cover your vehicle.

Third party, fire and theft – in addition to what is covered under third party you would also be covered if your car was damaged due to a fire or if it were stolen.

Ultimately, you must decide the level of cover that is most suitable to meet your needs.