More and more people are changing their car insurance provider each year for either a cheaper premium or just to contain costs but forget that they have signed up to automatically have their existing car insurance renewed. Potentially, this can have unsatisfactory financial consequences as a number of readers of Guardian Money have pointed out.

One Norfolk reader had paid £340 to their bank to insure a Ford Focus only to find the following year that the renewal premium was £700 that they had paid when the car insurance policy was automatically renewed. Although the motorist had received the renewal notice they chose to ignore its contents and bought alternative cover for £350 through a comparison price website. As it turned out the new policy was with the same company that they already had the insurance with. To compound matters the bank attempted to charge £150 just to cancel the policy. 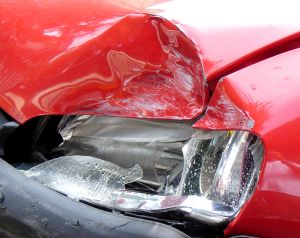 A Sussex reader had apparently phoned his existing insurer to cancel his policy having arranged cover elsewhere only to find that he had paid the renewal premium of £415. He is adamant that the continuous payment authority was never agreed to by him. To make matters worse he was charged a cancellation fee of £40.

The Financial Ombudsman Service receive about 500 complaints in  a year in this respect.

Car Insurance companies claim that reminders are always sent out to their customers with plenty of time to cancel their existing cover if they so wish. However, they believe that the automatic car insurance renewal system is appreciated by people who are just either too busy or cannot be bothered to shop around for an alternative policy and prefer to know that they are insured at all times.

Perhaps, if you do wish to change car insurance provider it may be sensible to e-mail or write to your existing insurer with instructions not to renew the policy and also cancel the direct debit at your bank.