Foreign import cars are coming into the UK each day to fill the orders of drivers. Years ago, the import costs were considered far too expensive to have a car shipped over from another country, but with the changes in technology and shipping, this is no longer true. It has become quite a simple task to buy a grey import vehicle. However, insuring one of these specialist cars can be another matter altogether. It is for this reason that learning about import car insurance is necessary, especially if you are considering buying an imported car.

What Are Grey Imports? 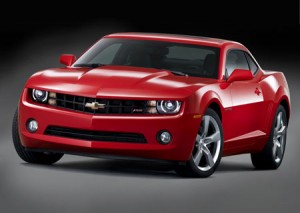 Grey import cars differ from regular imports. A regular import car is imported most often by its manufacturers, through official channels. A grey import car is brought into the country through channels not associated with manufacturer distributors or a marketer’s system. However, they are not brought in illegally. All grey imports are imported legally – however, they are typically used car models. They are used models sold for lower prices from other countries, making them unsuitable for the same importation channels that brand new, right off the assembly line models take into the UK. This means that you can buy an import far more affordably than what you would pay in other circumstances. In some situations, you can avoid having to pay certain taxes, as well. It also means that you may have some difficulties in finding cheap car insurance, though.

Many of the grey imports that come into the UK are Japanese cars. These have not met the safety and emissions requirements set by the European Type Approval. However, cars can be brought in as personal imports – a method commonly used by importers of these cars to get around the UK quota of only 50 models. Though these don’t necessarily have to meet the strict approval of the requirements that have been set, they do need to pass the pounds 165 Single Vehicle Approval test. The car will need to meet emissions requirements and the speedometer will have to display speed in miles per hour, among some other details. If the requirements for a grey import are not met, acquiring insurance for the vehicle will be impossible.

The Insurance Needs of Imported Cars

These cars often have higher specifications and replacement parts than domestic cars, meaning that your everyday car insurance policy will not provide the high level of cover necessary for repairs in the event that something goes wrong. Grey import insurance is tailor made to suit the needs of these cars, though. While it is a type of specialist insurance, it doesn’t need to damage your budget. Some insurance companies offer affordable policies to cover grey imports. Similar to other car insurance policies, grey import policies are made in a range to suit different imports, including high performance models and cars that have been modified from their factory condition.

Saving on Insurance Prices for Your Import Car

You may be able to save money and end up with insurance premiums that are actually quite cheap. There are some ways to get your premiums lower, potentially saving you money. Security features can make your premiums go down such as having a car alarm or immobilizer fitted. Some insurance providers have found that enthusiasts for certain cars tend to take better care of them, meaning that you may benefit from a lower premium.

One of the best ways to make sure that you don’t get overcharged on your import car insurance in the first place is by using online insurance price comparison sites to get a number of quotes to compare. These may give you a good idea of what you can expect to pay for different levels of cover. You may be able to go ahead and buy your policy online.