By looking into the different car insurance groups, you can get something of a heads up on what to expect in regards to coverage for your car. Every make and model of car falls into one of 50 insurance groups – group 50 being the highest risk and group one being lowest. When looking for car insurance, the lower the group you are in, the better. Finding out which group your car is categorised into can help you save some money and stay aware of correct quotes so that you don’t end up taken advantage of.

Who Creates the Groups?

The Group Rating Panel meets monthly to classify every new passenger car that has been built. The panel is made up of Association of British Insurers and Lloyds Market Association members. The Motor Insurance Research Centre provides the panel with information on the cars, so that they can categorize each car.

What Determines a Car’s Group? 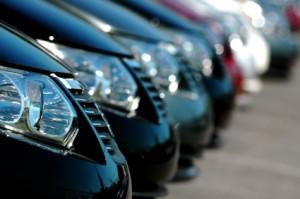 Generally speaking, the bigger a vehicle’s engine, the higher the group and the more the insurance on that vehicle will cost its owner. This is not the only factor that comes into play, though. Many issues were taken into account when the groups were created. The purchase price and add-ons, availability of repair for the model, price of spare parts, security features, the car’s acceleration and top speed, and even the weight of the car are factored into determining its group. Even something as minor as the paint finish and trims could change a car’s group. This means that a ‘super mini’ can cost just as much to insure as a larger car, depending on its performance and extras.

Why do Groups Exist?

For the most part, they were created to protect insurance companies and make it easier to give accurate quotes. The more a car costs and the more expensive its individual features, the more it will cost the insurance company to repair in the event that you have an accident. The harder to replace a part is, the more it will cost the company. The fewer safety features a car has, the more likely the people who are inside it are to be significantly injured. Insurance policies often include medical coverage for everyone injured in an accident with the car that they cover. By arranging car models into these groups, they can keep track of the risks associated with every model and every possible feature.

A car’s security rating is based on features such as anti-theft lockdown devices, immobilisers, and alarms. The security rating can affect which of the different car insurance groups the car is in. Some car insurance companies might even insist that you install a tracking device on a vehicle that is particularly expensive or on exotic car models before they will provide you with cheap car insurance or even cover you at all. The security features of a car can take it down into a lower risk group even if its performance features might suggest it should be in a higher group. There are five ratings, each indicated with a letter.

Having even a passing knowledge of the different car insurance groups can help you when shopping for a new car. It will enable you to narrow down your choices to the cars that are inside your budget both for the purchase of the car itself and the insurance that will have to obtain to cover it. If you are not sure which group the cars that you have your eye on fall into, ask the car dealer. He or she should be able to find out quickly, even if they don’t have the information already.

It can be frustrating, trying to select a car insurance policy. Many car insurance providers are so cryptic about their coverage and limitations, it is sometimes difficult to know what will be covered and which claims will be rejected until you are actually in the situation. By getting to know the different car insurance groups, even marginally, you can improve your chances choosing a vehicle that your insurance company will pay claims for if you have an accident or problem. The finely tuned group categories can also allow you to find ways to lower your car’s group and thus lower your insurance payments.