The Necessity of Insurance on Performance Cars

High performance cars are an object of envy for many, giving it a higher chance of being stolen than your more ordinary vehicles. The repair costs in the event of an accident are also far higher because many performance cars have uncommon parts or require the expertise of a mechanic trained to work with the particular model. A good insurance policy can help take the worry over costs in these situations off of your shoulders and put them in the hands of the insurance company.

Determining if Your Car is High Performance 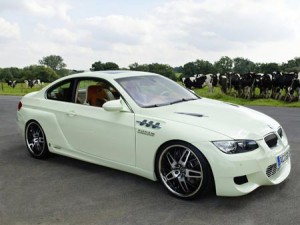 Most often, cars that have a high group rating or have been heavily modified are classified as high performance. Their engines have more power and they can accelerate more quickly than other cars. A car dealer will usually let you know whether the car is high performance when you first look at it at the dealership. This is a great selling point for car dealers – there are few people who are not impressed by a powerful car. If you are still unsure, a mechanic may be able to tell you whether your vehicle falls into the category of performance car or not.

Both the premiums and the excesses on performance cars tend to be higher than average insurance costs. This is because insurance companies assume that the owners of performance cars will be more likely to file claims. The owners of this variety of car are seen as a bit more reckless and a bit less reliable by insurance providers simply because they have opted for a highly attractive car that speeds up quickly. They interpret this as meaning that the owner is more likely to have an accident. The costs of replacement parts and repair work are also higher. Keep in mind that any manner in which you modify the car, especially engine modifications, can increase your premium and excesses. Even changes to the trim and paint finish or color can make the price of performance car insurance go up.

Lowering the Cost with Security Features

Having your performance car packed with security features such as an alarm, engine immobilizer and tracking device may reduce the cost of insurance on it significantly as they may act as a deterrent to the car thief.

You can often obtain performance car insurance through a normal insurance company. However, some insurance providers specialise in performance cars. These companies may make the policy a bit less expensive and may have fewer restrictions than other insurers.

No matter which type of company you decide to get quotes from, you may gain the most from comparing quotes from several companies. By deciding what cover you need and looking at the various premiums quoted you may have more opportunity of getting a good deal.