What You Do For A Living Affects Your Car Insurance Cost

Your occupation, as well as many other things, affects the cost of your motor insurance as confirmed by some research undertaken by the price comparison website comparethemarket.com. Let’s have a look at the average premiums being charged for certain occupations. 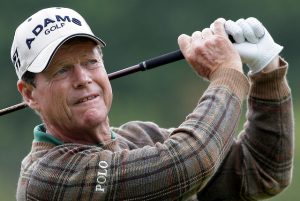 For instance, jobs like a circus worker, musician, actor and actress, golfer, and motor racing driver pay an average of £1,408.61 per annum. These jobs that people undertake would appear to be some of the most expensive ones to actually arrange car insurance for. This could be for more than one reason but presumably the insurance companies have data that would indicate that people undertaking those jobs are more at risk of having a road traffic accident.

Unemployed people are likely to find that their car insurance is going to be expensive as the average premium was found to be £1065.93 per annum. This is not going to go down well with those out of work as for many unemployed funds are tight at what is likely to be a difficult period in their lives.

If you are a dentist or a surgeon employed in the NHS you will probably be surprised to read that the cost of car insurance is probably going to be quite high. The above comparison site’s research revealed that people undertaking those roles are paying an average of £954.21 per annum.

An MP has to pay a high premium with the average being £894.05 per annum as does a solicitor who would pay an average of £891.52 per annum. If you are a police officer then the average premium payable is £751.52 per annum. On average, an accountant could find himself or herself paying £706.72 per annum.

It is important that when anyone is looking for car insurance whether it is a new driver looking for cover for the first time or an existing motorist whose cover is coming up for renewal that he or she should consider shopping around to try to get a competitive deal.

This entry was posted in News and tagged Car Insurance Premiums, comparethemarket.com. Bookmark the permalink.