Motorists must be getting tired of reading in the press and in other publications that the cost of car insurance has been on the increase for quite some time. Well, that is still happening according to the Confused.com Car Insurance Price Index produced in association with Willis Towers Watson for the second quarter of 2017.

The index provides a review of the cost of fully comprehensive car insurance around the UK. In excess of 6 million quotes are utilized in producing the index. 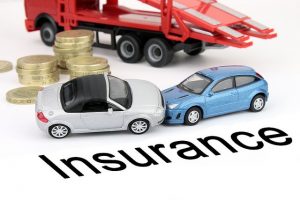 The cost of car insurance continues to increase.

It is disappointing to read that the cost of such cover has gone up by 8% when compared with the first quarter of 2017. This rise, in monetary terms, is £66 per annum – no small sum. On average, motorists are now paying £847 per annum. In the space of 12 months to 30th June 2017 premiums have increased by an average of 18% with this equating to an extra £132 per annum.

No matter where you live in the UK, the average cost of comprehensive car insurance has risen in the second quarter of 2017. In Northern Ireland, there has been an average rise of 23% in the space of 12 months with the average premium being £1,059 per annum. The West Midlands has seen car insurance premiums go up by £77 and the Borders of Scotland has witnessed an increase of an average of £61 per annum both in the space of a year.

Motorists really should consider shopping around for their car insurance to try to obtain a competitive deal. Using one or more price comparison websites is quick and easy and can be accessed 24/7 and enables the motorist to compare a number of quotes from a variety of insurers.