How Satisfied Are Motorists When Making A Claim?

When you arrange car insurance you are no doubt hoping that you will never have to make a claim on your policy. However, an awful lot of people do whether it is following being involved in say a road traffic accident or perhaps having your vehicle stolen. 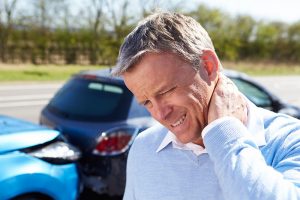 How well does your car insurance company deal with your claim following a road traffic accident?

So, how do motorists feel about how insurance companies deal with claims? Well, a survey by Which? has revealed how a number of people feel in this respect.

The survey was carried out in November 2016 with 1,335 people taking part and answering questions about their major provider of motor insurance in relation to claims.

In respect of customer service, the highest score that two insurers received was 90% with the lowest being 68%.

Those participating in the survey were asked to score their insurance company in respect of the speed with which they dealt with the claim. The highest score achieved by an insurer was 88% with the lowest being 65%.

When asked to rate their satisfaction with the settlement value they received from their insurer the highest score achieved was 94%. The lowest score was 61%.

The other question that people were asked was about the regular communication they received on the progress of their claim. The highest score achieved by an insurer was 84% and the lowest was 51%.

As you can see, there would appear to be a wide variance between many of the major insurance providers in respect of how they deal with various aspects of the car insurance claims process. It is to be hoped that you receive a satisfactory level of service etc should you need to make a claim on your motor insurance policy.