An autonomous vehicle is a motor vehicle that is not driven by anyone but drives automatically. A document recently produced by the Bank of England entitled “Potential impacts of autonomous vehicles on the UK insurance sector” makes for interesting reading, in particular if you are involved in the motor insurance market. 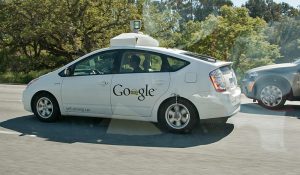 Will we see autonomous vehicles in increasing numbers here in the UK in the future?

Research by the Bank of England suggests that, based upon the responses it received from those taking part in the survey, that by 2040 the percentage of new vehicle sales of autonomous vehicles could amount to 80% of the market. This is a huge figure. The report also forecasts that by 2040 the motor insurance sector here in the UK will have reduced by 21%. That is also a very large figure.

It is going to be interesting to see what the motor insurance sector does about premiums and cover for such vehicles. For instance, will premiums increase, decrease or stay the same as for standard types of motor insurance that we presently have here in the UK? What levels of cover will be available to motorists? How many insurers will be offering such cover?

Presumably, if there are going to be a number of insurance companies offering motor insurance for autonomous vehicles, it will be a competitive market place just as it is for insuring a car that is driven by a human being. The more competition that there is then this is potentially beneficial to the consumer. We will endeavor to provide one or more updates about such cover in the future.