Many motorists will be aware that car insurance premiums have been increasing significantly for quite some time. On average, it is young motorists that tend to pay more for their cover than other motorists often making it difficult, if not sometimes impossible, for a lot of drivers to be able to afford to buy a car as well as paying for fuel and meeting the repayments on a car loan. 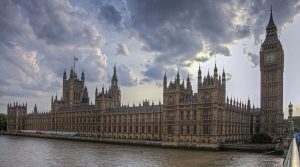 Parliament recently debated a petition about young drivers having their car insurance premiums capped at a maximum of £1,200 per annum.

Well, an online petition that car insurance premiums be limited to a maximum of £1,200 per annum for motorists in the 18 to 25 year age bracket attracted around 185,000 people to complete it. We are sure that you will agree that is a large number of people.

Earlier this week, a debate took place in the Houses of Parliament about the contents of the petition but, apparently, it did not obtain the support of MPs. One of the concerns was that if motor insurance premiums were to be capped at a maximum of £1,200 per annum for young drivers then this may result in other motorists having to pay more for their cover to “compensate” insurers for the lower premiums they would need to charge some young motorists.

There are quite a lot of young drivers who are paying a lot more than £1,200 per annum for their cover. So, what are some of the things that younger drivers could do to possibly reduce the cost of insuring their vehicles?

Well, they may wish to consider shopping around and get quotes from a number of insurers as many insurance companies charge different amounts for the same level of cover. One way of looking at how much a variety of insurers will charge is to use one or more price comparison websites. Another option may be to look into telematics car insurance that is also known as “black box” motor insurance. With this sort of cover, a black box is placed in the car to monitor a number of factors about how someone is driving the vehicle such as speed, braking, location and time of day. These and a number of other factors dictate the premium charged meaning that the policy is more “tailor-made” for each policyholder than a standard car insurance policy is.