We have made reference to telematics car insurance policies on more than one occasion with this type of cover particularly appealing to the young motorist. It has recently been announced by the British Insurance Brokers’ Association (BIBA) that, last year, the number of such live policies has gone above 750,000. 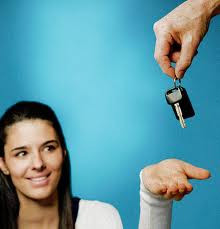 Young drivers with telematics cover who have passed their test less than 6 months ago would appear to be less likely to be involved in a road traffic accident than those with standard car insurance policies.

There would appear to have been a huge increase in the number of motorists arranging telematics cover in 2016. This could be due to a number of reasons such as “word of mouth” between drivers, an increasing number of insurers offering this type of cover and more advertising of such policies increasing the public’s awareness.

It is interesting that, within only 6 months of passing their driving tests, 1 in 5 young drivers are involved in a road traffic accident. However, according to Marmalade that provides “black box” car insurance (another name for telematics cover), 1 in 16 of young drivers with such cover are involved in road traffic accidents so it would appear that such motorists with telematics car insurance policies are safer on the roads which has to be an extremely positive factor.

So, perhaps young motorists who take out this type of cover are not only hopefully going to save money when comparing this type of cover with a standard car insurance policy but are also less likely to suffer a serious injury or death whilst at the wheel of their vehicles.

It will be interesting to see how quickly there are 1 million live telematics policies in place here in the UK. Based upon the recent uptake that has been seen, it does not appear that it will be many more years before this figure is reached. It will also be interesting to see if more insurers start to offer this sort of cover as this will potentially be of benefit to people looking for such cover as the more companies offering telematics cover means greater choice and increased competition.

If you are considering telematics cover then you may wish to obtain and compare a number of quotes/cover from a selection of insurers so that, hopefully, you have the opportunity to benefit from a competitively priced policy with the level of cover that meets your needs.