Motor insurance premiums have been increasing for quite some time now for a number of reasons which, added to the fact that the cost of filling up your car with fuel at the service station has also gone up, is something that motorists in the UK could do without. However, it would appear that car owners in London are being hit by the cost of insuring their cars more than anywhere else in the country according to a well known price comparison website. 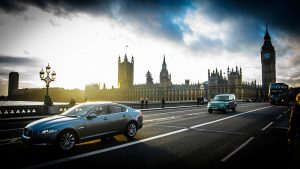 Insuring a car in London may, on average, cost more than twice that of anywhere else in the UK

comparethemarket.com revealed that in the 4th quarter of 2016, the average motor insurance premium in the UK stood at £714 per annum yet the cost of insuring a car in London was an average of £1,460 per annum. We are sure that you will agree that is a considerable difference – in fact it is more than twice as much.

So, what can the motorist do to try to reduce the cost of their motor insurance? Well, each year you will receive a renewal notice from your insurance company notifying you what your premium is going to be for the next 12 months. You could make some enquiries of other insurance companies to see if you can get the cover you require for a lower figure.

There are several ways that you could do this. For instance, you could pop into an insurance brokers close to where you live and/or a bank and/or the Post Office all of whom may be able to obtain quotes for car insurance. Another option is to go on the Internet and search for companies that provide and/or arrange car insurance and either speak to them on the phone or fill in some information on their website to get some quotes. There are a number of price comparison websites on the Internet who have access to dozens of car insurers so you could also obtain some quotations from them.

If you have been able to get a cheaper quote than what you are going to be asked to pay at renewal by your existing insurer you could always go back to your current insurance company and ask if they will match or even better the quote you have received from another company. If they will not then you may wish to consider transferring your cover for your car to a new insurer.