You are no doubt aware that it is the young, inexperienced motorist who usually ends up paying more for their car insurance than the mature, experienced driver. That is because an older driver of say 50 with many years experience is less likely to be involved in a road traffic accident that say someone aged 17 to 25 years of age resulting in fewer claims being made by the older motorist. 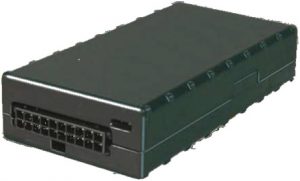 Black Box car insurance may be cheaper for the likes of some young drivers as well as some other motorists than standard car insurance.

Well, some research has been carried out by RAC Black Box Car insurance that makes for interesting reading. Apparently, the RAC surveyed 500 young motorists and found that 47% would consider using “fronting” to try to arrange cheaper car insurance. “Fronting” involves someone, typically a parent, being named as the main driver on a policy with the young son or daughter being named as an additional driver when in fact it is the sibling who is the main person driving the vehicle. This often results in a lower premium being quoted than if the young driver was named as the main driver.

It is worth noting that “fronting” is illegal and if this were carried out and a claim was made on the policy, the insurance company may not meet the claim. It was also concerning to read that 57% of those drivers taking part in the survey admitted that they were aware this practice was illegal. It could have a negative impact on those involved in this deception when looking to obtain motor insurance in the future.

It was also interesting to hear that 62% of young drivers feel that the main reason that puts them off owning a car is how much he or she would have to pay for their car insurance. In that respect, if you are looking for young driver’s car insurance, you may wish to consider shopping around with as many insurance companies as possible to try to obtain the cover for a competitive premium. Using a price comparison website may be one way of helping in this respect as may be looking into the cost of black box car insurance also known as a telematics motor insurance policy.